The First of Many… 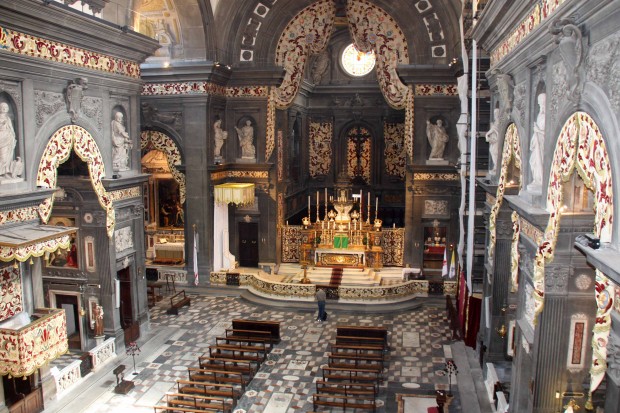 The First of Many…

Life is full of “firsts”.   First steps, first tooth, first date, first love, first day of school, first job, first house, and the list goes on. At the ripe old age of 42 (mind you a very young hearted and I like to think young looking 42), your “firsts” start to decline, sad but true. Last September I launched TCF Tuscan Weddings, with the concept of being an American based wedding planner specializing in weddings in Tuscany, Italy.  Upon a few weeks after the company’s “first” year anniversary we will be having our “first” wedding in Tuscany. It has not been an easy year getting to this point in time.  There have been many valuable lessons that have been learned along the way. Trips that have resulted in wanting to give up and the realization of why there is no other planner based in the United States that executes weddings in Tuscany.

Then there was a “first” meeting in June that restored my faith in ability to proceed with my dream. I had the pleasure of visiting the magical Villa La Gigliola and meeting its effervescent owner Anna Piazzini.  Aside from the beautiful grounds and the stately Villas, this place had something more.  It had the heart and soul of it’s owner Anna  resonating through and through.  They say the eyes are the windows of the soul that this couldn’t more true than of Anna’s sparking eyes that can light up a sky with a smile to match. Just when this slice of paradise seemed too good to be true out of the bushes fresh from the pool enters the bronzed Silio Danti in his swim suit, immediately offering espressos, campari cocktails and tours of each Villa.

After standing back watching and capturing this wonderful and kind spirit I had to finally ask the question. “Aside from being fabulous, who are you?”  “I’m Silio, I am a friend of Anna and a fashion photographer”.  That was it, he had me at “hello”, we were kindred spirits. When I got back to my hotel that day I received a text message from Silio saying “Let’s keep in touch I would like to become friends”, and so I did. My most recent visit back to Tuscany proved to be the best trip I have ever had. One of the biggest challenges with this upcoming wedding was the acquisition of a catholic church for Franco and Tiffany to marry in.  It is not an easy feat to do this for an American couple of the same faith never mind a marriage of inter faith; however “faith” being the key word in this equation myself and my couple were determined to make this happen. Keeping the faith and several trips to and from Italy on August 5th I heard the most beautiful words I have ever heard from the Diocese of Florence, “ confermato, Chiesa di Santi Michele e Gaetano”, meaning the church we had been trying to obtain for Tiffany and Franco’s wedding was confirmed.

This is not just any church; it is one of the most important examples of the Baroque style in Florence, a city better known for its Renaissance architecture. Over the months I was trying to confirm it I reached out to an American couple who had recently had their wedding there in hopes they could point me in the right direction.  This was the answer I received: I appreciate that you are working to get Santi Michele e Gaetano; it isn’t easy to do.  The wedding planner I hired grew up in the same village as the priest which approves weddings.  I met him and he doesn’t speak a word of english. With the help and support of my dear friends Anna and Silio and their constant reminders to calm down “tranquilo, tranquilo” and to slow down, “piano, piano”, what seemed to be impossible was now a reality. So my “firsts” have been and will be, my first meeting with Anna and Silio who have become treasured friends that I miss daily, my first trip to the Diocese of Florence (somewhat terrifying) , my first wedding in Tuscany, my first of many wedding receptions planned at Villa La Gigliola, Franco and Tiffany, the first couple I worked with who are  the most  wonderful people, Silio, the first photographer to shoot one of my weddings, the first anniversary of my company and me being the first American wedding planner to secure the church of Santi Michele e Gaetano. Not too shabby for this ol’girl. Thank you so much to everyone who has helped me along this journey, but the biggest thank you goes to my husband Greg of 15 years who believed in me that I can do this and supported me beyond my wildest dreams. Speaking of “firsts” it was after our first date that I came home and told my mother “I am going to marry him”. True love is everlasting…